Finally made a move and left Colombo on an early train towards Habarana. Train journey had been really easy and pleasant and I wish trains in Europe also had people selling yummy snacks such as wadei (lentil pattie with chillies) and roty (bread pancake) wraps :-)
When we got off in Habarana tuk tuk drivers surrounded us and one remained persistent, after us telling them we don't need a tuk, followed us to the road. He tried to convince us to brave the 22km journey to Sigiryia with him- started on 1200rupees. Gonçalo was doing the haggling and 'final price' was 800. We however had plenty of time and saw bus passing by, so we waved him and jumped on the bus. Poor tuk driver even offered 700rupees as a final price (well done Gonçalo) but we preferred the bus. For only about 80 rupees the bus took us all the way to Dambulla, where we got on another (more packed) bus to Sigiryia (for 40rupees). Arrived around 5pm and rested with a king coconut in a small shop watching the Sigiryia rock in front of us when a guy came with a tuk asking if we booked a room at his homestay. We haven't, but it turned out his 'Danbula' homestay was the one we saw on web and wanted to check out! He still had 1room free for 2000rupees per night so he drove us to his place about a kilometer away. How lucky! Especially since it started raining. His place seemed nice enough so we unpacked our bags and went for a quick walk before it got dark.
We were told there was a lake nearby but we haven't made it there as we met a group of small boys who were walking home from school and they joined us. They knew a few words of English and kept giggling while running around us with their umbrellas. They asked for pens or bonbons but we haven't had any unfortunately. They got me and Gonçalo some flowers for our hair and walked with us until one by one they reached their homes and each time asked their mum and siblings to come out and say hello to us. In the end we took a few selfies before saying  goodbye :-)
We then saw some steps going up on a rock and when we climbed to the top discovered a small Buddhist temple with one young monk there. We started chatting to him and it turned out he lived and worked in Dubai for a while and kept reading about Buddhism and then about 10years ago he decided to return to Sri Lanka and follow a path of a monk. He was in his late thirties and seemed radiant. We asked him to tell us a bit about Buddhism and the path he has chosen and it felt very inspiring...
When we returned back to our homestay it started pouring and rained all night so we were happy to just stay in and have light dinner on our porch.
In the morning the weather cleared out and we had a nice hike up the Sigiryia rock. It is not a difficult climb and took about an hour with some small stops to explore the surroundings. It would have been better to go earlier to avoid the crowds of people but it was still nice. We got a nice view from the top and it reminded us a bit of pictures of Machu Picchu- green terraces around with a view of a valley... I still think that entrance fee of $30 per person is extremely high, but it was a nice experience. We heard there was another hill you could climb for free, but we haven't tried it and didn't want to stay another day to try..
In the afternoon before going to Trincomalee we arranged for a Jeep to take us around Habarana eco park as we heard that elephants leave Kaudulla park that time because of rain and come here instead. The park is very green and has a few nice view points but you are surrounded by loads of other Jeeps driving fast and trying to spot elephants (the only wildlife to be seen here). We did spot some by the main road in the end (which funnily enough is the road our bus to Trinco was taking). I would not recommend it however (especially for the price- 4000rps Jeep, and then about 3000 various entrance fees and then tip for the tracker...). Yala park that we saw in 2014 was much nicer and with much more wildlife. Not bad though :-)
At about 6pm we hopped in a bus and headed to Trincomlee on the northeast coast. We only stayed there one night before heading to Nilaveli famous for it's beach :-) 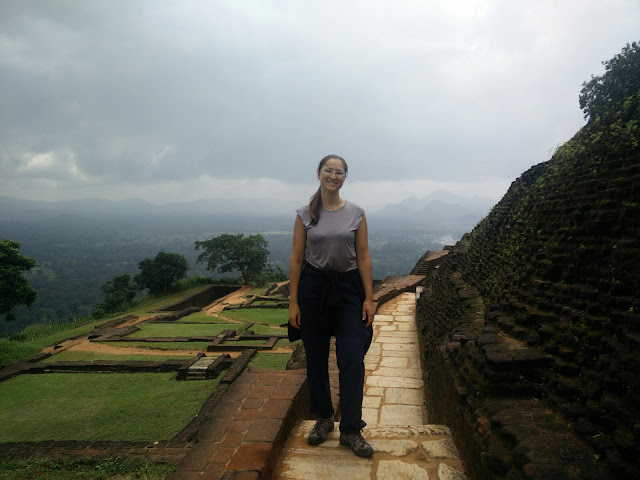 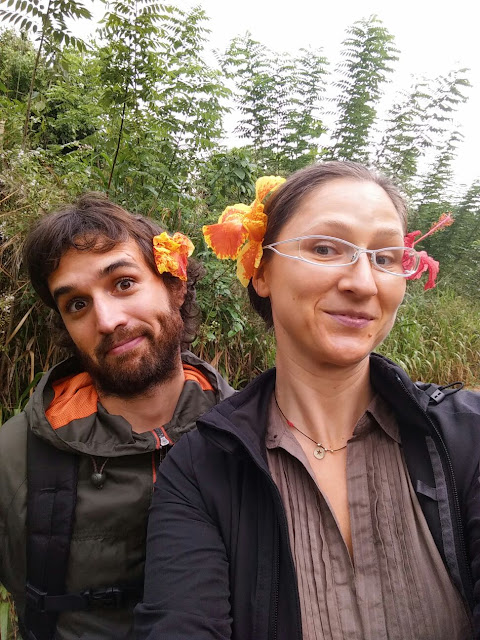 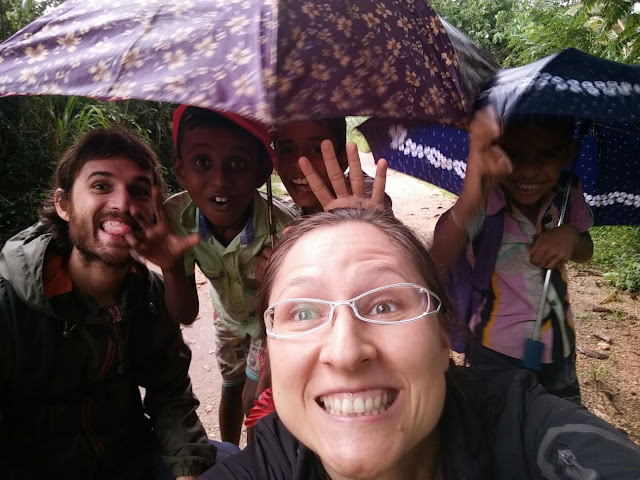 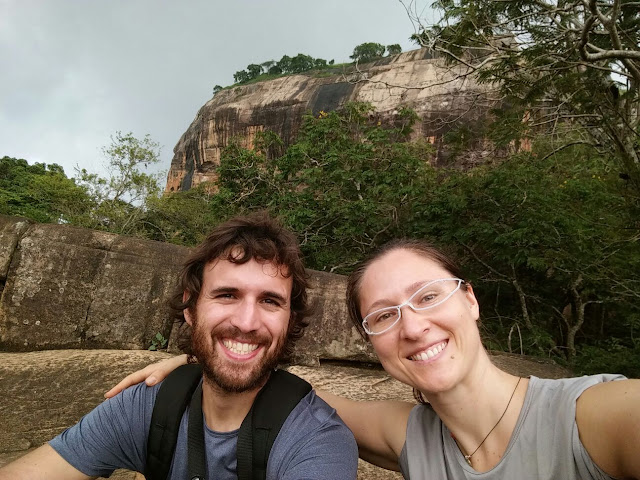 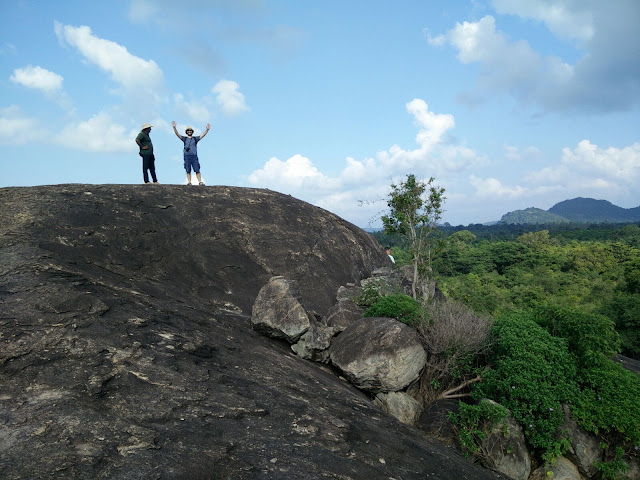 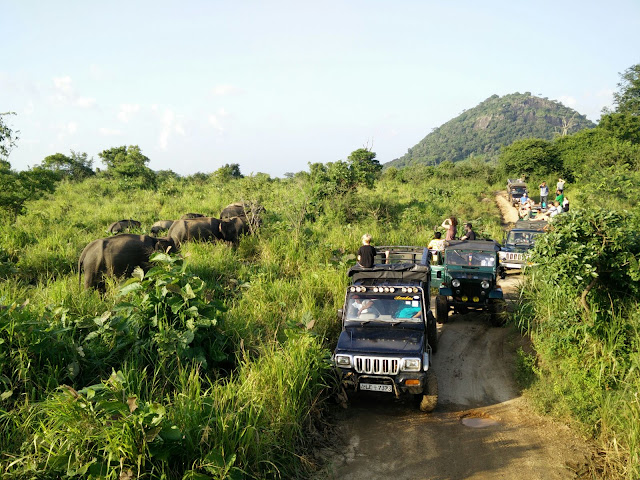 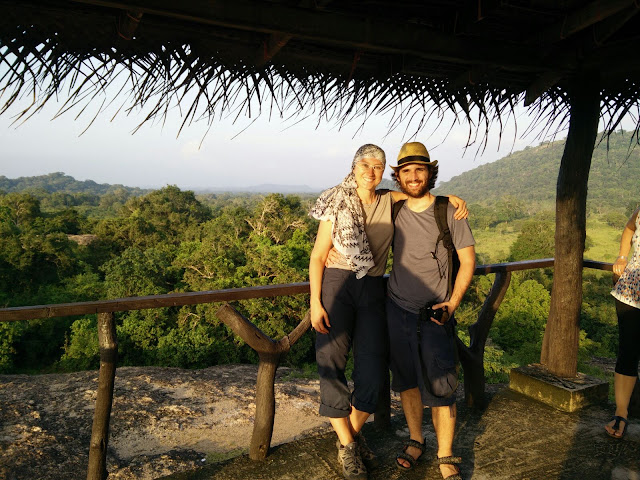 The Silbarts - Gonçalo and Kat 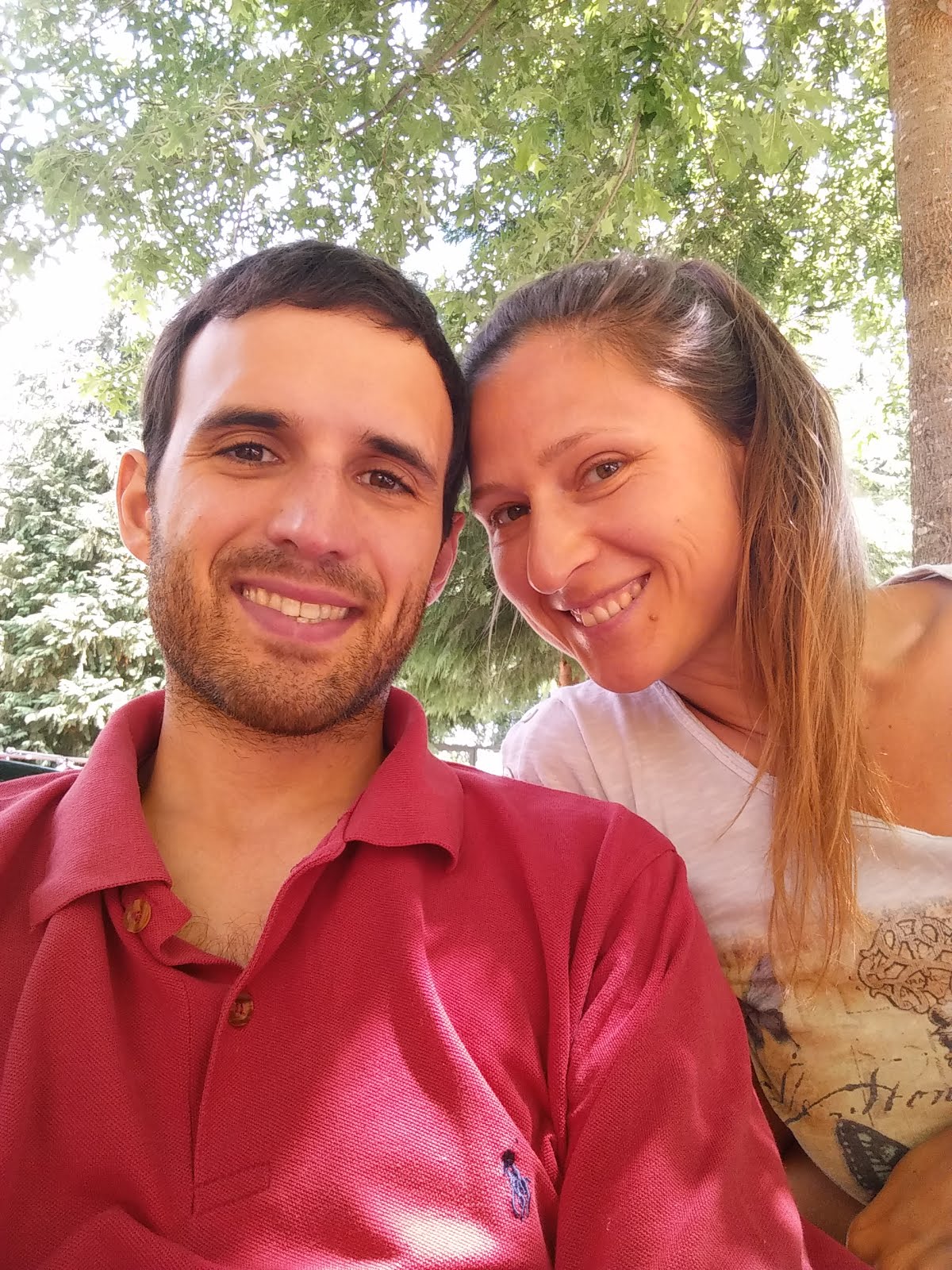